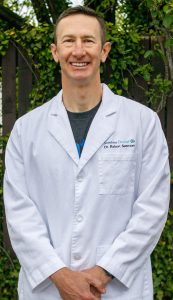 Dr. Rob Semtner has been practicing dentistry with his wife, Dr. Mona Semtner, in Roanoke since 2005. He grew up in Blackstone, Virginia, attending Nottoway High School. He attended Virginia Tech and earned a Bachelor of Science in biology. While attending Virginia Tech, he was a co-op student with the Natural Resources Conservation Service, and it was during this time that he became interested in dentistry. Dr. Semtner suffered from a genetic defect that resulted in 15 congenitally missing teeth and poor growth of his bones in his mouth, and he went through seven years of orthodontic treatment, surgery to break and realign his top and bottom jaws, and placement of dental implants and crowns. He has said, “There are very few things in dentistry that I have not been through as a patient, and I think that allows me to be more caring as a dentist. I feel I have a unique perspective since I have been through so much as a patient.”

Following Virginia Tech, Dr. Semtner began his dental training at Virginia Commonwealth University School of Medicine. He graduated with honors and numerous awards in May 2000. He then continued his training by completing an advanced education in general dentistry (AEGD) program at Naval Dental Clinic Mid-Atlantic in Norfolk, Virginia, with the United States Navy, where he earned the Director’s Award for Clinical Excellence. In 2003, he was presented a Navy and Marine Corps Commendation Medal for his service as dental department head aboard the USS Seattle (AOE-3). Following his service in the U.S. Navy, Dr. Semtner left active duty and entered into private practice. He has pursued advanced training in a broad array of dental services, including laser dentistry, implant dentistry, Invisalign®, CAD-CAM dentistry, dental sleep medicine, complex cosmetic and restorative dentistry, periodontal plastic surgery and esthetic dentistry.

Dr. Semtner is currently a member of the Air Force Reserve where he serves as dental OIC for the 440th Airlift Wing. Away from the office, Dr. Rob Semtner is a husband to Dr. Mona Semtner, a father to two wonderful boys and two beautiful girls, a coach of tee-ball, baseball, and basketball teams, and a player for his church and town league softball teams. He has volunteered at the Mission of Mercy project since he began practicing in Roanoke. He and Dr. Mona are fans of big band music and swing dance wherever they have the opportunity. 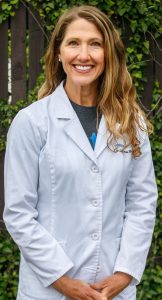 Dr. Mona Semtner has been practicing dentistry with her husband Dr. Rob Semtner in Roanoke since 2005. She grew up in Richmond, Virginia, attending St. Gertrude High School. She attended the College of William and Mary and earned a Bachelor of Science in biology. Following William and Mary, Dr. Semtner began her dental training at Virginia Commonwealth University School of Medicine. She graduated with honors and numerous awards in June 2000. She entered private practice while her husband served in the U.S. Navy. She has pursued advanced training in a broad array of dental services, including laser dentistry, implant dentistry, CAD-CAM dentistry, complex cosmetic and restorative dentistry, and esthetic dentistry.

Away from the office, Dr. Mona Semtner is a wife to Dr. Rob Semtner, a mother to two wonderful boys and two beautiful girls, and a children’s choir director at church. She has been a volunteer at the Free Clinic of the New River Valley, and loves to cook and tend to her garden. She and Dr. Rob Semtner are fans of big band music and swing dance wherever they have the opportunity. 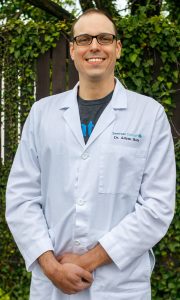 Originally from Florida, Dr. Adam Holt spent most of his life in the Southeast. He attended undergrad at Virginia Tech, graduated from the University of Alabama at Birmingham School of Dentistry and attended the general practice residency (GPR) at the University of Vermont. After practicing in Vermont for nine years, Dr. Holt and his family relocated to Roanoke, joining Semtner Dental in 2019.

Ready to improve your quality of life with better oral health? Give us a call today to get started! We cannot wait to meet you!